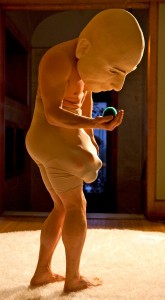 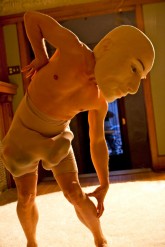 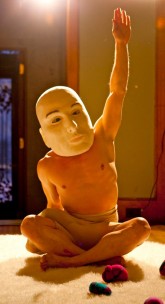 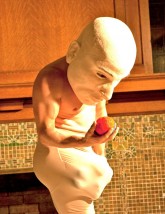 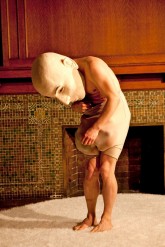 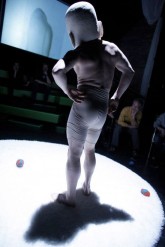 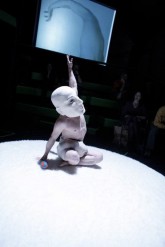 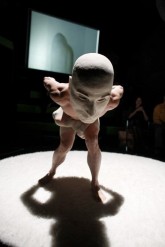 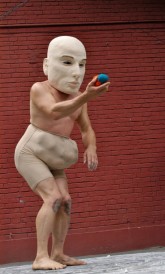 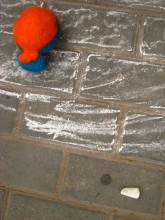 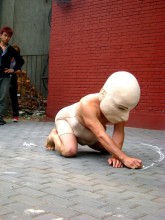 In KATTYWAMPUS, the viewer witnesses a dysmorphic hero as he struggles to understand why he is the way he is; and why the way he is is wrong. Wearing a large replica of his own head, Ravens presents a visually compelling movement piece inspired by Japanese Butoh. Embracing sculptural aesthetics rather than dramatic conventions, Kattywampus blurs the boundaries between task oriented functionality and structured ritual.

The following images are of the same performance presented at three different venues. The piece premiered at the North Lakeside Cultural Center and then ran for a few weeks in Collaboraction’s Sketchbook Festival at the Building Stage (both venues in Chicago). The third set of images are from a version of the piece nicknamed ‘Rigamarole’ performed at the OPEN Festival, Beijing, China.